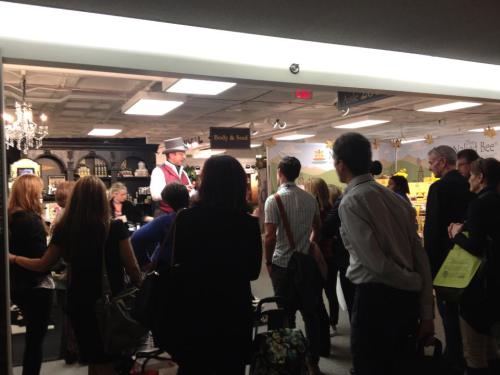 The new year is underway! The decorations are put away, last quarter’s estimated taxes have been sent in, and most of us are settling into our routines after the busy holiday season. I was blessed to have a successful December with many engagements leading right up to Christmas. My family and I had something of a Christmas odyssey: we traveled to see grandparents in Eads, TN, then down to the other grandparents in my hometown of Brandon, MS, then to see our bowl game in Jacksonville, FL, then back home. Then I left a day later for Phoenix! Whew!

The Phoenix trip was for an International Brotherhood of Magicians Convention Committee planning meeting, and it also included attending the midyear board meeting for the IBM Executive Committee. Next summer, magicians from all over the world will gather in Phoenix for our annual convention and it is shaping up to be spectacular. I consider it an honor to be involved in putting that event together, and look forward to many more years of service in the IBM.

After returning to Atlanta, it was only a couple of days before I began an intense trade show performance at the International Gift Show at Atlanta’s AmericasMart.

This was an unusual show for a number of reasons. First, the product, “Dr. Pott’s Proven Potty Potion” from PooPourri, was an unusual brand to promote. Second, the company needed multiple performers as they were exhibiting in two locations simultaneously. (Fortunately I also work as an agent and have skilled, personable friends to bring in when necessary!) Lastly, this promotion was to be done in character as Dr. Pott, including a costume! Take a look at this:

The show was a great success, drawing in hundreds of attendees to the booths who otherwise would have walked on by. As an actor, I really embraced the character and found it invigorating to stretch some of the acting muscles in a different way. The two locations were extremely different in feel: the showroom location was more like performing in a department store, while the temporary booth location was more like a traditional trade show.

So, the year is off to a busy start. I already have speaking engagements and performances booked into September, with inquiries already coming in for December!

What can you expect to see here in the coming months? Here are a few things to watch for:

You can also expect to see continued blogging and updates, though the blog location may transition depending on the new website’s needs. Stay tuned!

As we get the new year rolling, I am actively seeking your help in finding:

Please think about the people you know in decision-making positions – and let’s talk about the best way for you to introduce us!

As always, thank you to all my friends and clients and colleagues – this amazing adventure wouldn’t be possible without your continued support and referrals!