My family had already left for Tennessee to visit family and enjoy Thanksgiving. I had stayed behind due to plans on Monday evening, with a flight out set for Tuesday morning.

Sunday afternoon, then, found me home alone with no real plans, until my phone rang.

“Joe, I’m glad I caught you!” said my friend Christian. “Are you working tonight?”

Christian is a local comedy magician who was scheduled to play Atlanta’s Punchline Comedy Club that evening. Due to some miscommunication between himself and the club manager, each thought the other had booked the rest of the talent for the evening’s show. That is, they had a headliner but no emcee and no feature act. Would I be interested in taking one of those spots? The emcee spot runs about ten minutes, then you introduce the other acts. The feature spot is a 25-minute spot, then you’re done for the evening.

I had never worked a comedy club before. Sure, I use humor in my act, but I don’t bill myself as a “comedy magician.” My friend assured me that I would be great and that the crowd that night was expecting strong magic.

Back in April I wrote about the importance of being willing to jump into unexpected opportunities. I thought about that post as I considered this offer for a few seconds.

Next thing I know, I’m headed into town to work the Punchline.

On the way, I considered how I would start. I had a routine that I knew would fit comfortably into the time slot. I knew the effects would work well together, involve the audience, and generate some laughs from their intrinsic humor. My main concern was precisely how to open for an audience largely primed for stand-up comedy.

I decided to take part of a humorous speech I had written for another performance and adapt it to this new venue. Basically, I set out to establish that I was on the show for contrast, to make the funny acts seem funnier. However, in positioning myself that way, I was also getting some laughs. The combination worked well, and I had the audience laughing at my ‘predicament’ before I even started the magic.

As it turns out, I had a great time. Excellent comments after the show, including “You were our favorite” from a couple who didn’t know any of the performers, and “You changed our whole outlook on magic” from another couple who had actually come to see the headliner and didn’t expect to see other performers.

Some of my takeaways from the experience:

Here we are at the end of 2011, a year that has been both amazingly challenging and amazingly fruitful. You have just enough time left to nail your punch line. 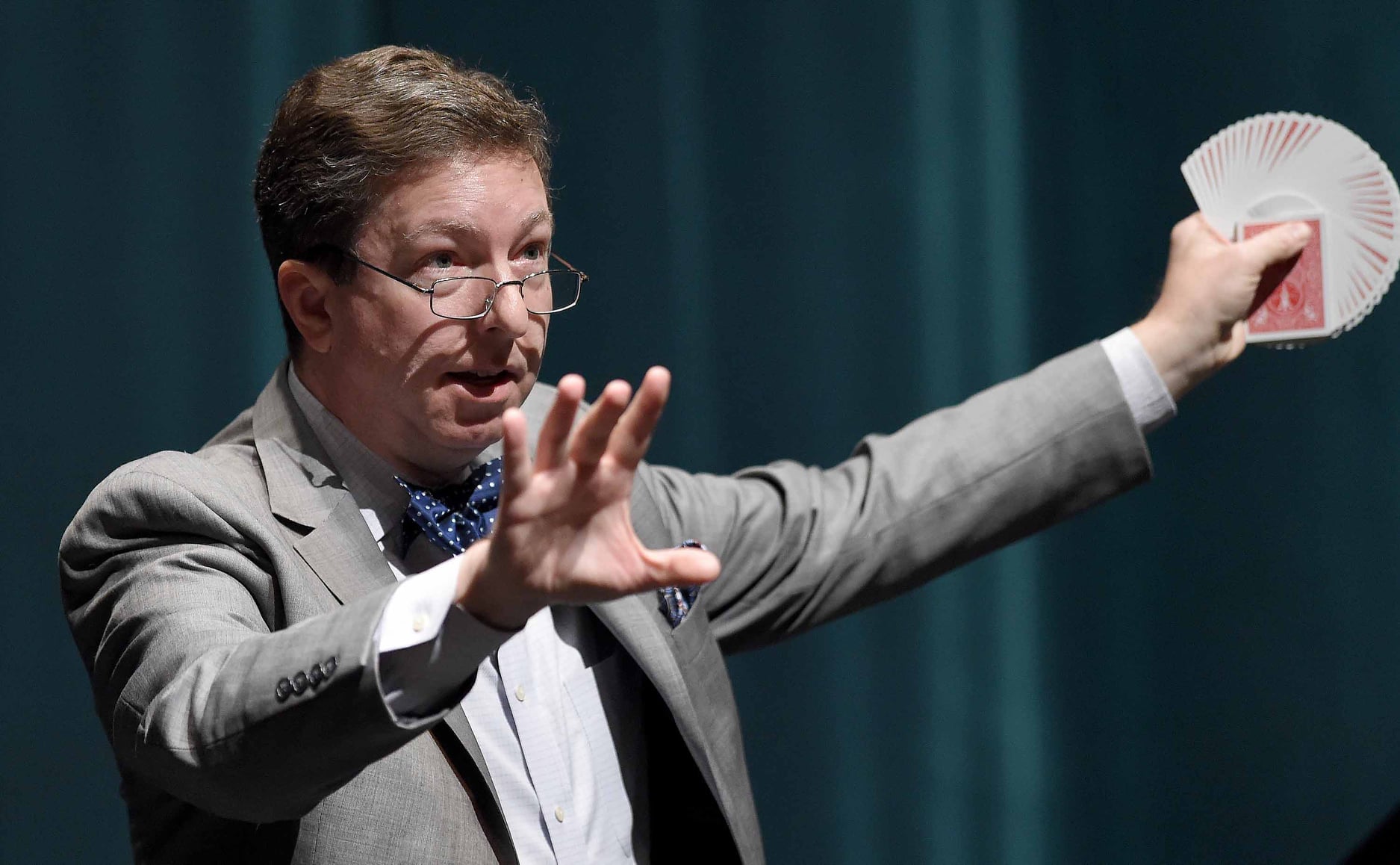 Several weeks ago, I recorded a guest appearance on “The Speed and Swagger Ten-Minute Trainer,” a weekly podcast produced by