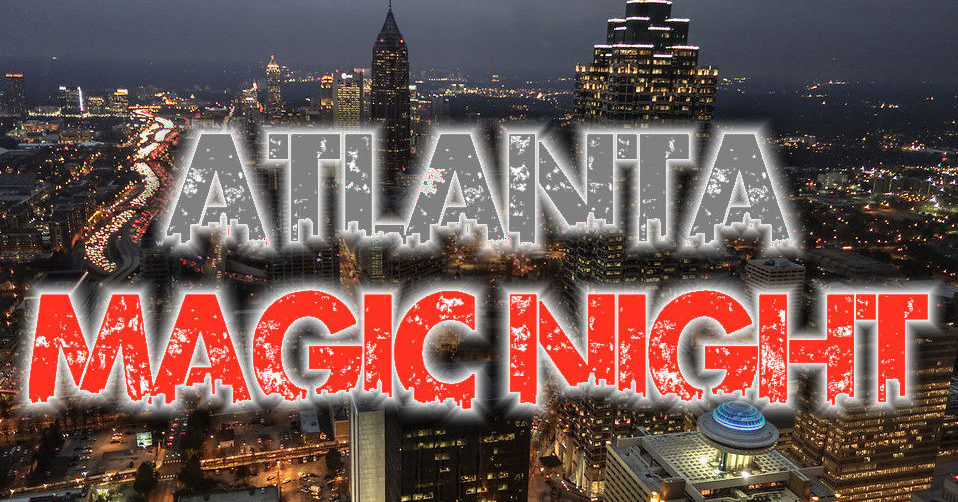 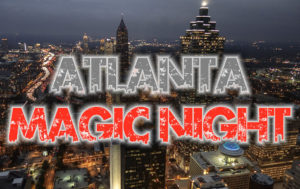 ATLANTA – April 17, 2018 — Atlanta’s longest-running magic and mentalism show, Atlanta Magic Night, celebrates its four-year anniversary on May 5, 2018 at 8:00 PM at the Red Light Café in midtown.

The show was launched in May 2014 and is produced by comedian Jerry Farber (http://jerryfarberscomedy.com), mentalist Mark Johnson (http://www.markjohnsonspeaks.com), and magician/mentalist Joe M. Turner (https://turnermagic.com). Farber is an Atlanta entertainment legend whose former comedy club, Jerry Farber’s Side Door, was the show’s original venue. “These guys really made it happen,” says Farber. “They’re top shelf performers and there was never a doubt in my mind that they’d connect with audiences.”

Johnson, a mentalist, author, and communication consultant, originally approached Farber about putting together a team to produce a show. Said Johnson, “When we started there was no ongoing venue for live magic anywhere in Atlanta. We changed that, and the success of Atlanta Magic Night has been deeply rewarding. Not only do we have terrific shows, we also have a growing community of people who are seeing professional magic. And we couldn’t have done it without the early support of Jerry Farber. He has helped us so much along the way.”

Turner, a magician, mentalist, and professional conference keynoter, previously produced a one-man show, Shenanigans, in Atlanta from 2005 to 2008. “Producing a show can become an all-consuming task,” he said. “Working with Jerry and Mark made it not just more efficient, but also just plain fun. I think the vibe of the show, and really the whole brand, reflects that. It’s funny, even a little irreverent, but always coming through with an impossible magical experience. And it’s clear the city wanted that experience, because we are consistently selling out. The Red Light Cafe has been a fantastic venue for us and we are grateful.”

The show features a different line-up of magicians and mentalists each month. The anniversary show on May 5 will feature Johnson, Turner, Paul Sponaugle, Howie Marmer, with a planned guest appearance by Farber. Tickets are available via Eventbrite.com, RedLightCafe.com, and AtlantaMagicNight.com.