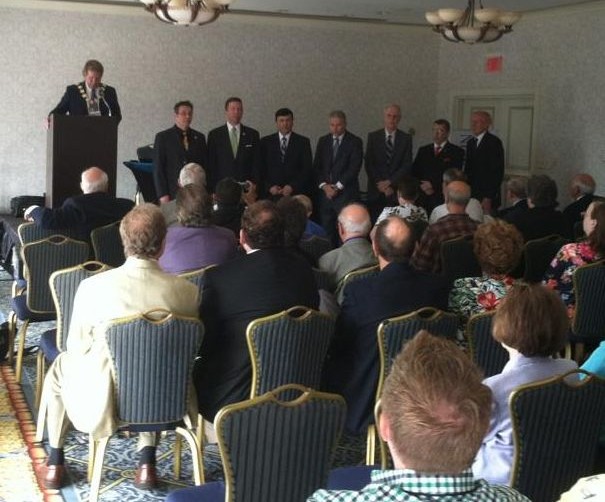 I’m here in St. Louis at the 2014 combined convention of the International Brotherhood of Magicians (IBM) and the Society of American Magicians (SAM). This is only the tenth time in their century-long histories that these two organizations have co-produced a convention. Over 1300 registrants are here celebrating our shared art.

Today at the annual meeting of the IBM, I was inducted as International President-Elect of the world’s largest magical organization. The IBM has roughly ten thousand members in 88 countries around the world. 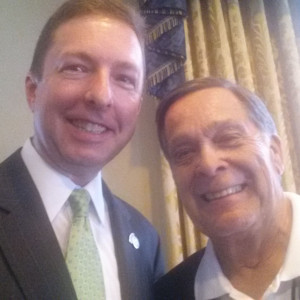 I’m tremendously proud of the work that the IBM does and is doing to promote the art of magic – as a hobby, as a profession, and as a brotherhood. Our new International President, Shawn Farquhar, is a longtime friend and one of the brightest stars in our industry. It is an honor to serve alongside someone as creative and tireless as Shawn. I have also spent a bit of time getting to know SAM National President-Elect David Bowers, who will lead that organization at the same time that I lead the IBM.

Over the next two years, my plan is to help us expand the reach and the ability of the IBM to preserve and grow the art of magic. My primary mission is to support Shawn in whatever ways I can best be a resource to him and the IBM. As we get closer to my presidential year, I’ll be bringing some of my own specific goals to the forefront to build on the things that Shawn and other recent International Presidents have worked so hard to achieve.

I hope that some of the lessons I learn from leading a 10,000+ member association will also be beneficial to you and your organizations. I will share insights as I can and when appropriate.