Branding, Acting, and the Given Circumstances 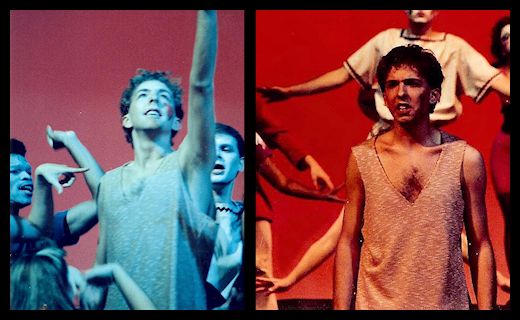 Branding, Acting, and the Given Circumstances

Sometimes we talk about the art of acting as if it were somehow dishonorable, and about nothing but lying and ego. But the reality is that great acting is about the truth, and understanding that can affect the way you make decisions about your brand and your real life responses to change and challenge. 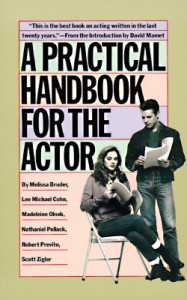 Acting is the art of living truthfully under given circumstances. Authentic actions illustrate character. Authenticity matters to the character of your brand, too!

In my college acting days, I read A Practical Handbook for the Actor by Melissa Bruder et al. This little book transformed my approach to acting by boiling down much of the Sanford Meisner technique into its most accessible components. It dispensed with a lot of the esoteric emotional exercises and helped focus the actor on the questions at the heart of any scene. Who are these characters, and what do they want? In providing a way to answer those questions, the book first introduced me to a formulation of Meisner’s definition of acting, and it has stuck with me ever since.

In short, acting is the art of living truthfully within given circumstances.

In the theatre, the given circumstances can include the words of the script; the choices of the director with regard to blocking, style, and characterization; and the physicality of the set, costumes and props. Sometimes the director chooses to be flexible and allow changes to the given circumstances, but sometimes they are solid boundaries. The magic of acting, though, is that there is nearly infinite room for creativity and expression even within what may seem heavily constraining limits. In fact, some of the most memorable moments on film were improvisations by actors who, in character, reacted most honestly and authentically to changes in their given circumstances. From Jack Nicholson’s “Here’s Johnny!” in The Shining to Dustin Hoffman’s “I’m walking here!” in Midnight Cowboy, there are numerous film examples of amazing, high-impact moments created by actors committed to their purpose and the authenticity of their reactions.

In the past couple of weeks, I’ve watched several friends encounter difficult changes in their given circumstances, including lost jobs, problems with children, and the loss of their spouses. Other friends have had happy changes including signing new contracts, landing huge new clients, and having children – or in some cases, grandchildren! All of them will make new choices and they will take new actions as a result of the changed circumstances. Regardless of the nature of the changed circumstances, though, the actions they take will illustrate who they really are. What are their core values? What is, ultimately, their personal brand all about? 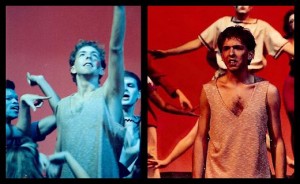 In my college role of “Pippin,” I had to choose actions within given circumstances that included singing, blocking, and the character’s search for meaning. The more authentically I lived within the circumstances, the more effective the character became.

We are all actors because we all take action. When you act with authenticity that is driven by your goals and values, and you will captivate and amaze your audience.