Let’s start out with the obvious. Perhaps the most glaring question for a speaker who uses magic, mentalism, or other kinds of illusions as a way to deliver messages is this: “Why on earth should I make real-world decisions based on make-believe illusions?”

That exceedingly reasonable question is the corporate-speak version of a familiar dismissal that anyone who has ever performed magic has encountered. 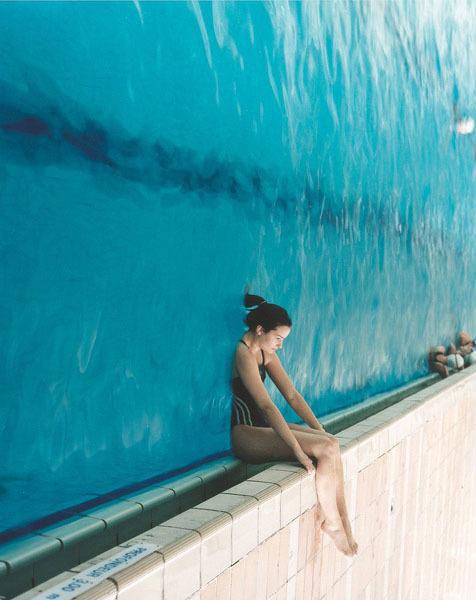 A change in perspective could drastically affect the way you perceive value in the performances of magic, mentalism, and other illusion arts.

This kind of comment is usually driven by a combination of factors, some of which are frustration, annoyance, a desire to save face, and even plain old fear of the unknown. Many people enjoy the feeling of astonishment and the sense that something impossible has just happened, but there are others who strongly dislike that sensation. When presented well, the experience of magic leaves an audience not merely without an explanation, but without even a foundation on which to imagine constructing an explanation. That feeling – sort of a “reality free fall” moment – is both disconcerting and unpleasant if it is interpreted as a threat.

Before we explore the principles we can learn from seemingly impossible experiences and apply to real-world issues, let’s rethink the fundamental premise of the modern theatrical magical experience.

The performing art of magic is a unique form of theater and should be approached as such by the performer and the audience. It has been centuries since magic has been presented as any sort of real supernatural event by mainstream performers or perceived as such by general audiences. Some charlatans, mediums, “psychic surgeons,” and other con artists have abused some of the principles and tools of the art in their scams, as has the occasional spoon-bending television personality. The vast majority of magic, however, is presented in a theatrical context. In fact, it is the theatrical performers of magic who are frequently most active in debunking the scams; Houdini himself may be the best known example of a performer who actively exposed such frauds.

So let’s set aside the negatively charged criticism that magic is fake, and let’s consider instead the more positive and useful idea that magic is fiction. Fiction can have a purpose and an application to real decisions despite the fact that the characters and events didn’t take place. Fiction can be as simple as Aesop or as intricate as Shakespeare. It can be as feathery as a fairy tale or as profound as a parable. It may have no purpose other than to entertain, or it may be so imbued with message that the author’s intent leaps from the page or the stage into the psyche of the reader or viewer.

If you ask the general public to discuss intent, message, or profundity in the arts or literature, you’ll soon no doubt be engaged in discussions of important novels, drama, film, music, poetry, and perhaps dance. Rarely is magic perceived by laymen as a legitimate vessel for communicating meaning, but that is not the public’s fault. Magicians themselves are to blame because most magic performances are presented without any intent other than to amuse themselves and to fool the audience, save perhaps a more specific additional desire to look clever while doing so. Most performers of magic never consider making intentional choices about the potential meanings of their performances. In the absence of explicit choices, though, those performers nonetheless make tacit decisions that empty their performances of meaning or purpose beyond producing a puzzling, momentary distraction.

Yet even in that most meaningless, purposeless state, I contend that magic is not “just some trick.” Even at the level of being merely an amusing entertainment, there is still something profound going on when magic is performed. Something real is happening, and grasping that will change the way you interpret illusions both as entertainment and as springboards for meaningful communication. What is happening? No less than real magic.

Magic, as I would have us think about it, is indeed a real thing. It’s a useful thing. It’s just not the thing we thought it was. To explain this, let’s contrast two models for interpreting theatrical magic experiences, both of which are based on classical interpersonal communication theory. There are certainly many more ways to analyze this or any form of theatre, but this comparison identifies a key concept that will change the way you think about the relevance of magic as a form for relevant, real-world communication.

In Figure 1 we see a representation of a traditional model for interpreting theatrical magical experiences, within which category I include most visual magic, mentalism, and some optical illusions.

In this model, the intended message begins within the mind of the communicator, or in this case the mind of the performer. It proceeds outward through the set of filters that every communicator has. These can be biases, moods, thoughts, or any other internal factors. The action or performance then happens in the space between the performer and the audience. It then enters the audience member’s filters where it is further molded by each individual’s perceptions, and ultimately it results in some received message, or experience, in the receiver’s mind. (For the sake of this discussion, we’ll ignore the presence of noise or distractions in the environment, though they are a legitimate concern for all communicators, not just performers.)

That is obviously not the case, but because method is so often the focus, an audience’s unpleasant experience in a performance of magic or mentalism is often brushed off as a shortcoming of the art rather than considered more deeply as having roots in the both the skill of the performer as well as the audience’s conditioning and habits regarding how to interpret the experience. (It should be noted that the truly skilled performer either purposely or instinctively pushes audiences to reduce their attention on method and to focus more on the experience; more on this later.)

Performers, too, are often prone to dismiss poor magic or mentalism performances as functions of external factors rather than to examine their own contributions to the experience. Ego plays a part in this, of course, but many are completely blind to the fact that their own emphasis on the method as the magic is undermining their ability to create an amazing experience for their audience.

In this model, then, the concept of magic is physically mechanical and psychologically external to the performer and audience. Because it is perceived as only a word for “how it’s done,” the emphasis is placed completely on the processes and paraphernalia. This emphasis is heightened by the fact that those tools are generally guarded as secret knowledge, and human nature is tempted by nothing so much as forbidden fruit. With all this energy and attention focused on the least meaningful aspects of the communication experience, it is little wonder that so much of magic and other illusion arts is perceived as fake, phony, and trivial.

Next time we’ll explore a different way of looking at things!